HR Group announces further expansion and the establishment of a new hospitality company.

The acquisition of Success Group marks a milestone for the Berlin-based HR Group. The owner-managed multi-brand hotel operating company expands its portfolio to more than 100 hotels.

HR Group is the new operator of the Swiss Congress Hotel Seepark in Thun. 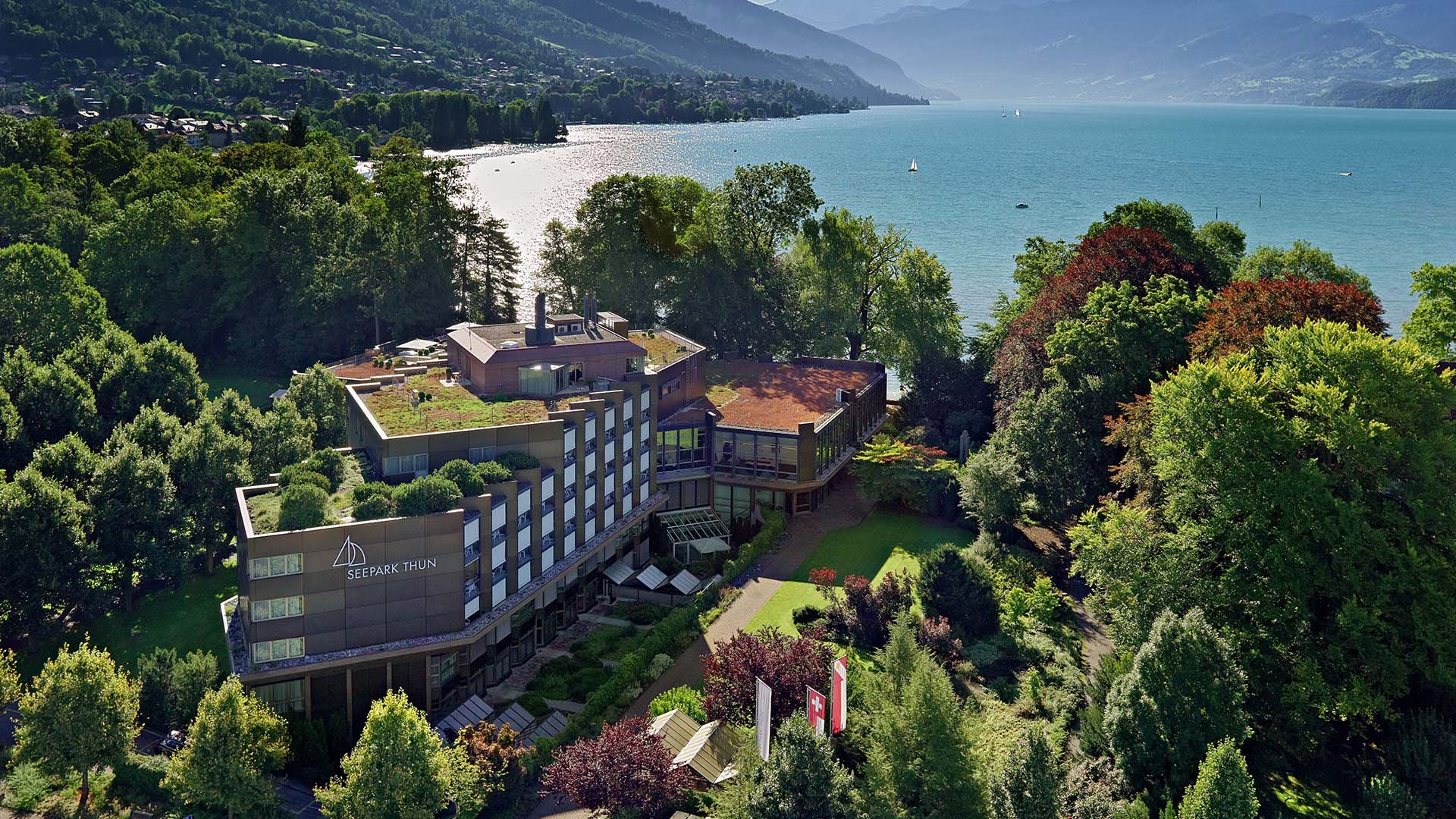 The elegant 4-star Congress Hotel Seepark in Thun will be operated by the Berlin-based HR Group from 15 April 2022. The hotel will continue to operate under its established own brand. All employees as well as the management will be taken over.

Read more HR Group is the new operator of the Swiss Congress Hotel Seepark in Thun.

As of 31 March 2022 the HR Group has taken over the operating company of the Sheraton Berlin Grand Hotel Esplanade. For this purpose, a contract was signed with the owner, Deutsche Finance International and its partner Cells Group.

In April of this year, Foruminvest will start construction on a new 250-room hotel adjacent to the Rotterdam Ahoy concert venue and convention centre. Foruminvest has signed a long-term lease for the hotel with German hotel operator HR Group. HR Group plans to operate an ibis Styles hotel and has closed a franchise agreement with Accor.HR Group is a multi-brand hotel operator based in Berlin. The company operates nearly 80 hotels in Europe. 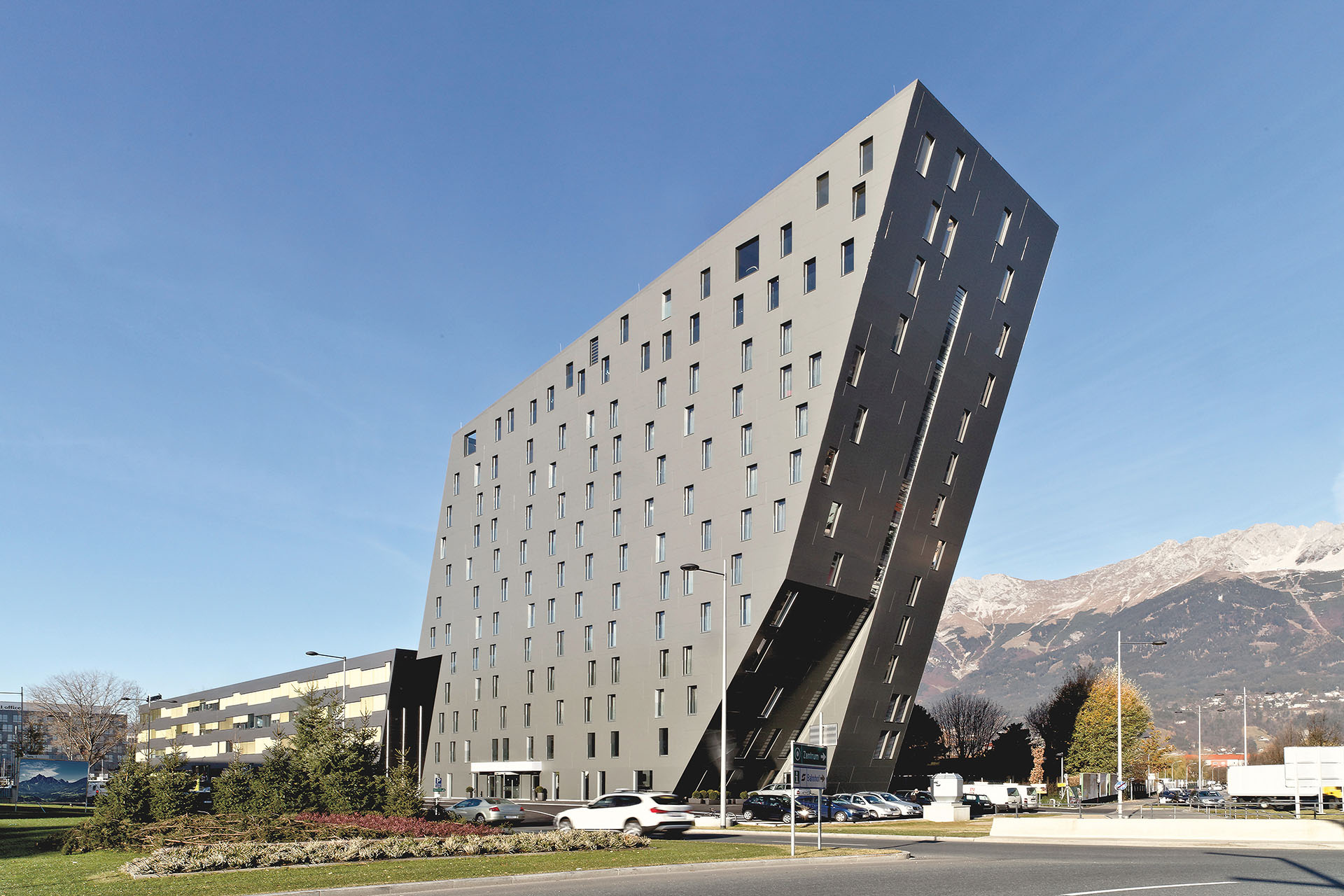 Berlin, 15 December 2021 - The Berlin HR Group will operate the former Ramada Innsbruck Tivoli as the Tivoli Hotel Innsbruck in the future. The opening marks the hotel operator's entry into the Austrian market.

Berlin / Basel, September 6, 2021 - With the opening of the newly built Mövenpick Hotel Basel on September 1, the Berlin based hotel operating company HR Group is increasing its portfolio and manifesting its expansion course.

Berlin. The acquisition of the Mövenpick portfolio in central Europe with management-back-agreement between the Berlin HR Group and Accor was successfully concluded on 02 March 2020.

Berlin. The Berlin-based HR Group, which is growing to a total of 55 hotels, has a strong market presence and is continuously expanding its portfolio. Its success is based on experienced management and a dedicated team of specialists.

Berlin. The HR Group, based in Berlin, is opening its new Hyatt House Frankfurt Eschborn as a longstay-hotel in mid-February. With 190 rooms and apartment style studios, a spacious lounge with bar, a state-of-the-art fitness room and the "H-Market", which is open day and night, the hotel offers ideal conditions for long-term stays.

Berlin. The internationally successful hotel company HR Group, headquartered in Berlin, strengthens its presence in the industry and is now helping to shape the future of the hotel industry in Germany even more effectively.

Berlin. HR Group, a leading hotel owner and operator in Central-Europe, based in Berlin, announces the acquisition of a lease-portfolio from Accor as part of a sale & management-back agreement.

Berlin. The HR Group has been on the road to success for ten years. In addition to steady national and international growth, the high quality of all the hotels it operates contributes significantly to the Group's high market performance. Thanks to short renovation cycles, the HR Group offers its guests modernly designed hotels with high design standards. For their franchise brands, the investment in redesigns results in an optimal presentation of their own brand by the reliable operating company.

Berlin. Founded by Ruslan Husry in 2009, the Berlin-based HR Group is now one of the leading hotel operators in German-speaking countries. The continuously growing company currently operates 34 hotels, of which 28 are owned by the HR Group in Germany, the Netherlands and Spain. This successful development has been made possible by a powerful and competent team that combines comprehensive market knowledge and distinctive expertise in the real estate sector.

Berlin. The hotel operator HR Group continues to grow: two new Projects in Frankfurt and Freiburg are currently under construction - both of which are being optimally developed for Longstay guests. For the new houses, the HR Group relies on competent managers, who accompany both the pre-opening phase and then the management of the Hotels will take over.

Berlin. The HR Group appoints a Director of Sales for the Head Office in Berlin and two new General Managers for their hotels. The experienced executives use their expertise to strengthen the team of the successful hotel operating company.

Berlin. The HR Group sells the majority stake in three of its houses to the Swedish Pandox AB - for about 103 million euros. The hotels in Augsburg, Erfurt and Dortmund have a total of 565 rooms and are managed by the Dorint Hotels & Resorts brand. They will continue to be operated by the HR Group, which retains a minority stake in the houses, on the basis of long-term, sales-based leases. The transaction, which was accompanied by the commercial law firm Hogan Lovells, has been completed 1st of July 2019.

Berlin. The fast-growing hotel operator HR Group based in Berlin has successfully completed the rebranding of the new Ramada by Wyndham in Bottrop and the Ramada by Wyndham Hannover. In the future, both locations will benefit from the high global brand awareness and their guests from the expanded distribution network and recognized loyalty program.

Check- in at the new Ramada by Wyndham at Munich Airport

Munich. The successful strategic cooperation between the HR Group and Wyndham is also bearing fruit at Munich Airport. Since November 2018, the former Arcadia Hotel has been operating under its new brand, Ramada by Wyndham. The HR Group is thus strengthening its presence at Munich Airport.

Laying of the Foundation Stone of the Hyatt House Eschborn

Frankfurt am Main. With the cornerstone ceremony of the Hyatt House Eschborn on the 9th of August the HR Group and the Benchmark Real Development GmbH have initiated a new major project. The new building in Eschborn ( Frankfurt Rhein-Main urban area) will be the second longstay hotel of HR Group’s franchise partner Hyatt in Germany. In addition to 190 modern guestrooms the hotel will offer a lounge with reception area, a small café for residents and non-residents, a fitness area and laundry room.

Frankfurt am Main. The HR Group, one of the most dynamically growing hotel management companies in Central Europe, is following its continuing growth course. At the turn of the year the group has taken over 5 new hotels: The Dorint Hotel Main-Taunus-Zentrum Frankfurt/Sulzbach, Dorint Parkhotel Bad Neuenahr, Arcadia Hotel Hannover, Arcadia Hotel Bottrop as well as the Best Western Hotel des Nordens Flensburg.

Berlin. HR Group, an owner managed company which is specialised in the acquisition and operation of hotels, is continuously growing. As of 1st September 2016, the Berlin based company, has acquired seven additional hotel properties with a total of 1,133 rooms.